Here’s what we have already done: 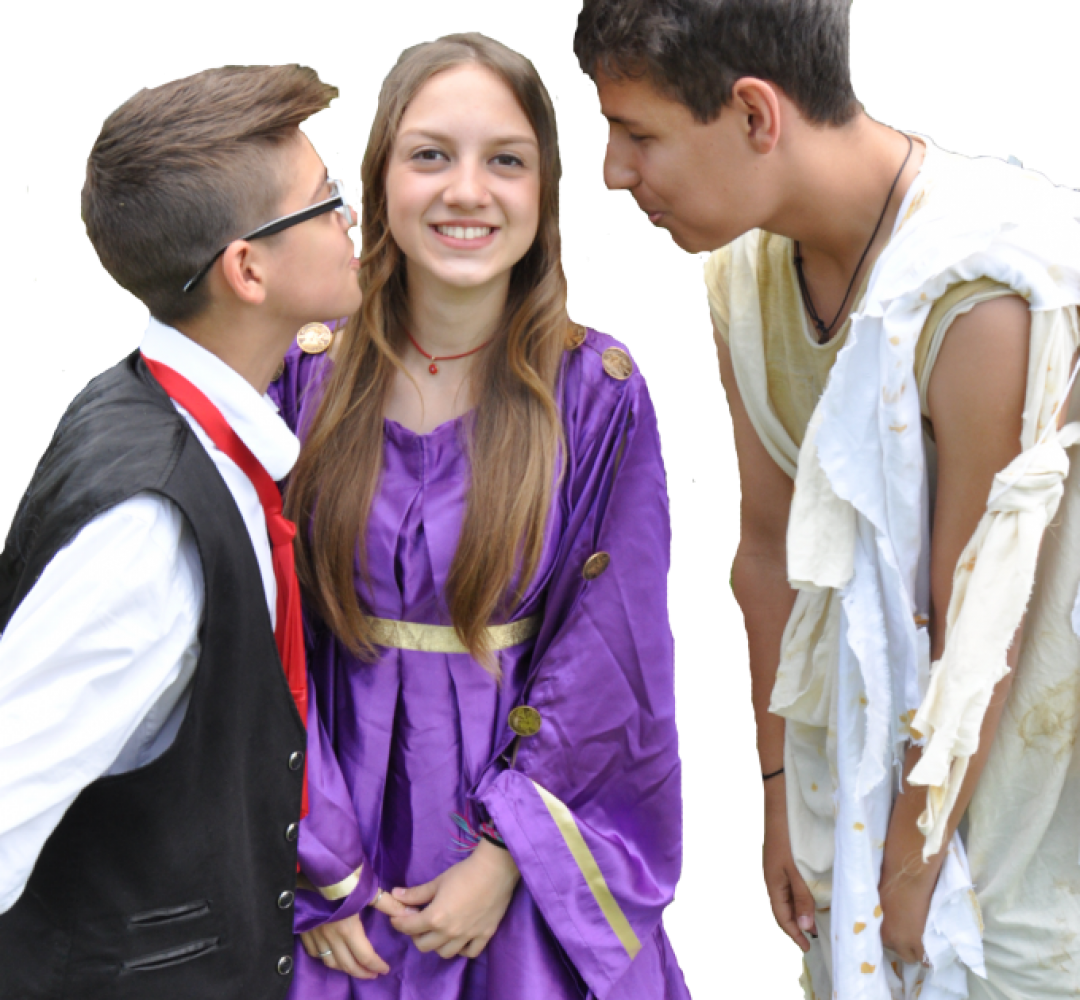 During the first year (2013) we worked on the perspective of producing a Play based on Euripides’ “Helen” (Gr: “Elene”; Lat: “Helena”). Technically a tragedy offers many comic touches. We emphasized on those elements and produced a real comedy! There were three performances held, one in a large open theatre situated near our school, another in a Contemporary theatre in Thessaloniki city and the third one in the ancient open – air theatre in Dion (that is the very theatre Euripides himself presented his last five Plays!). Our performance in ancient Dion was actually a participation in a World Theatre Festival.

With a sense of humour we highlighted the underlying message of the tragedy, the disturbing questions about the pointlessness of war, the realization that ten years of war (and the consequent deaths of thousands of men) were all for the sake of a mere phantom!

Digital material (photos and videos) from these museums was presented together with the so far collected material from Rome and Ostia  Antica. Metaphorically speaking, “starting point” of this interesting journey was the Archaeological museum of Thessaloniki (to be more specific, the famous Crater of Derveni) and “meeting point” the Museums of Rome and Berlin!

Our  poster in International Conference 2015

During the second year (2014) we worked on the following parameters:Emphazing on the anti-war messages of this tragedy and commenting on the anti – war symbols found in Europe, and more specifically in Berlin. (We organized an educational journey to Berlin in April 2014.).

Trying to find and commenting on the so called “footprint” of Greek drama and Dionysus’ theme in European museums, galleries and theatres. The Pergamon Museum, the Altes Museum and the Neues Museum in Berlin enriched our project.

Studying what the great classical philologists and critics Albin Lesky and Jacqueline de Romilly have written about our tragedy.

Trying to find the relationship between tragic poetry and myth in ancient Greece as it is found depicted in vases, works of artefact, paintings, illustrations, and sculptures in museums’ displays and art galleries.

Studying the Greek theatre building called “theatron” (‘seeing place’), the large, open-air structure constructed on the slopes of hills and comparing it to the Roman Theatre, the German Opera House and the “Contemporary” theatre.

Working for the project material leading to discussion and response was produced. Our students were asked to do tasks designed for them – a debate, a role play, a simulation and a range of reading and writing tasks. We produced digital material, as well. One group of students was responsible for the production of slide shows, short videos or even a ten minute movie.

Last year (2015) we went on producing a documentary mini movie (37min.) titled “The Footprint of Ancient Greek Theatre”. We emphasized on presenting the connection between the Dionysus dramatized religious acting and the theatric creation, finding the starting point in the so called Derveni Crater, a volute crater, the most elaborate of its type, discovered in 1962 in a tomb at Derveni, not far from Thessaloniki, and near our school. It is proudly displayed at the Archaeological Museum of Thessaloniki.

What are the main objectives deriving from our working on ORESTEIA.

This specific theme is chosen, in order to highlight certain educational ideas with a clear connection to the European ideology trying to get formed in recent years:

1) Justice and Social Order in The Oresteia

Democracy, emerging in the city-state of Athens, allowed unprecedented power to her citizens. Among these new powers was the ability to legislate. Yet, legislation was not without its problems. First, the citizens must agree upon what is just and unjust, and then enforce the law by bringing the unjust to reconcile their guilt with the public through trial, and finally dispense the appropriate penalty. This evolution was not without concern. The Greeks were attempting to establish a governmental system which would span the middle ground between anarchy and despotism.

2) Progression from Evil to Good in Oresteia

Progression from Evil to Good in Oresteia Aeschylus’ use of darkness and light as a consistent image in the Oresteia depicts a progression from evil to good, disorder to order. In the Oresteia, there exists a situation among mortals that has got out of control; a cycle of death has arisen in the house of Atreus. There also exists a divine disorder within the story which, as the situation of the mortals, must be brought to resolution: the Furies, an older generation of gods, are in conflict with the younger Olympian gods, because they have been refused their ancient right to avenge murders between members of the same family.

In the trilogy Oresteia, the issues concerned are the transformation from vengeance to law, from chaos to peace, from dependence to independence, and from old to new. These four significant changes all take place throughout the play and are somewhat parallel to the transformations that were going on in Ancient Greece. In Aeschylus’ trilogy, the Greeks’ justice system went through a transformation from old to new ways. In the beginning of the trilogy, the characters settle their matters, both personal and professional, with vengeance. In the end Justice and democracy win!

In The Eumenides and Agamemnon of The Oresteia trilogy, Aeschylus constructs an over-arching metaphor for elements of the new Athenian democracy. The chorus in each play represents the people who feel under-represented and disrespected, by the society’s changing values. In The Eumenides, the chorus of Furies is frustrated with the younger gods and infringements on their power; in Agamemnon the chorus fears more the control of an effective woman in Clytemnestra rather than the leadership of fruitless Agamemnon. Both choruses take direct actions thought to ensure their prominence.

WE CAN WELL PARALLEL THIS ELEMENT WITH THE NEED FOR AN ACTIVE CITIZEN’S ROLE IN THE EUROPEAN COMMUNITY!

This is really a MUST. 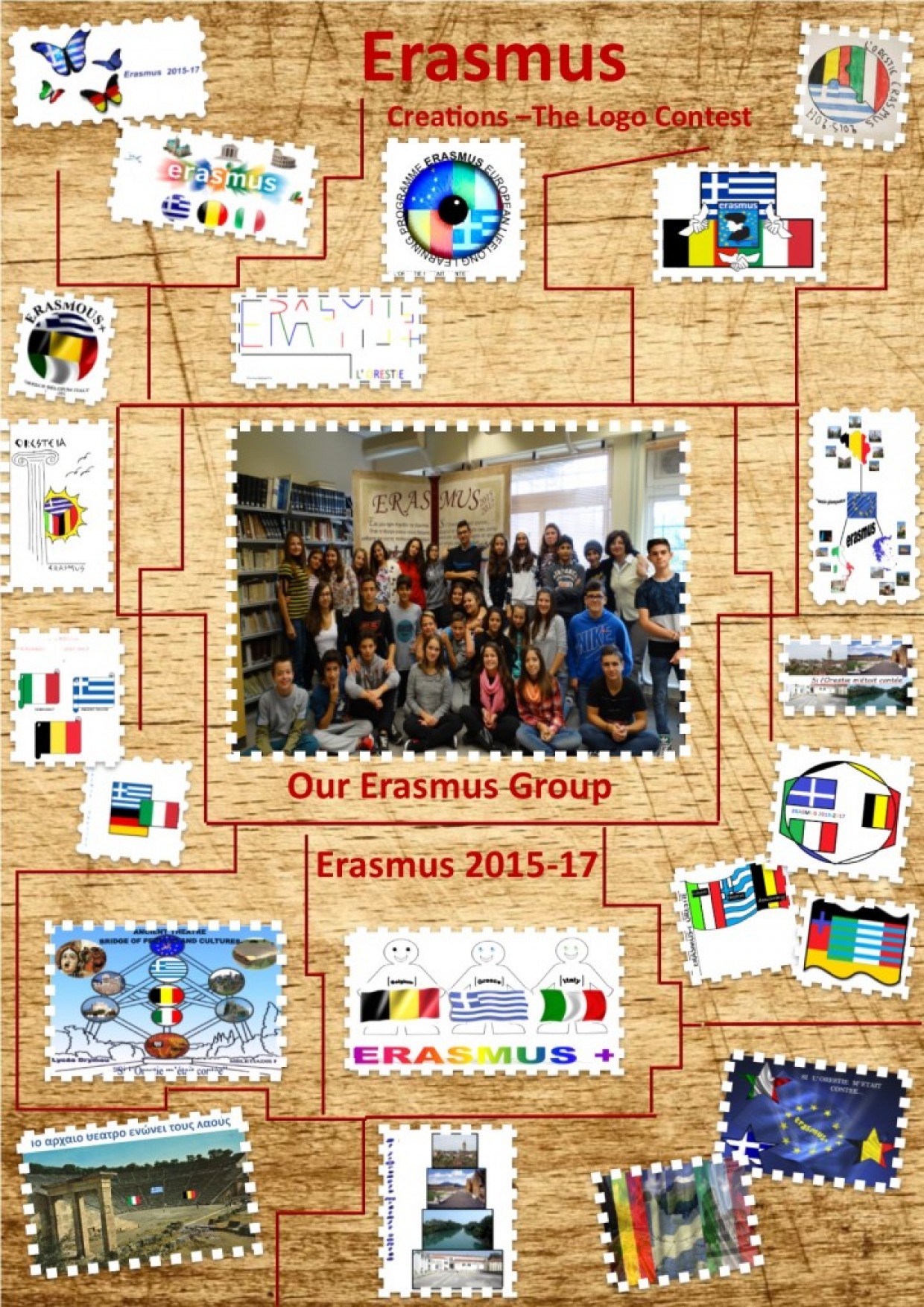 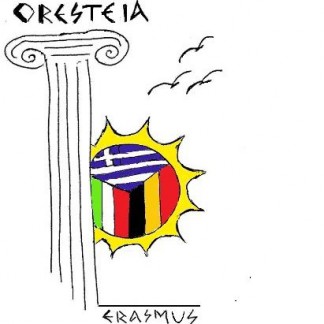 This Video has been created to introduce our school with the best way.

What separates design from art is that design is meant to be… functional.

Documentary of the Democracy

I think documentaries are the greatest way to educate an entire generation that doesn’t often look back to learn anything about the history that provided a safe haven for so many of us today.

Erasmus Rhapsody Of The Democracy

Democracy cannot succeed unless those who express their choice are prepared to choose wisely. The real safeguard of democracy, therefore, is education.

You shouldn’t dream your film, you should make it!

No matter what people tell you, words and ideas can change the world.